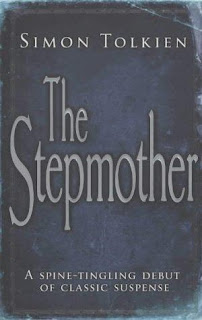 The Agony Column by Earl Derr Biggers (1916). Enjoyable enough romantic thriller. Very much of its time -- in fact, very much of an earlier time.

The Stepmother by Simon Tolkein (2003). An ambitious novel about a criminal trial, which plays out as sadly unmemorable. Tolkein is JRR's grandson, and one wonders if this book would have been published in other circumstances.

My Husband's Wife by Jane Corry (2016). An impressive debut psychological
thriller, cleverly written to build up suspense and discomfort.

Deadlier: 100 of the Best Crime Stories by Women edited by Sophie Hannah (2017). A majestic hardback volume, over 1,000 pages long featuring a range of established, lesser-known, and brand new stories by women from the 19th century to the 21st.