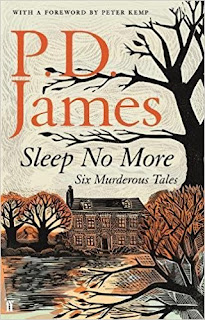 A Blunt Instrument (1938) by Georgette Heyer. Sorry -- I'm not convinced. After a few laugh out loud lines like 'His Lordship did not answer because he was dead', which I'm not convinced were supposed to be funny, I read this in a pretty bad mood. And for what it's worth, the solution is obvious literally from page 2. Heyer is being heralded as writing gentle social satires in her detective fiction, but I don't buy that. A Blunt Instrument exemplifies the conservatism and laziness that we like to think it critiques.

Dead Air (1986) by Mike Lupica. An investigative journalist takes to... investigating... when his ex-girlfriend is murdered. The case leads him into the glamorous and impossibly bitchy worlds of American television and evangelical Christianity. This is an amusing read. I first read it at the age of eleven and saw the twist coming a mile off.

Devil in a Blue Dress (1990) by Walter Mosley. The first case for hardboiled African American war veteran Easy Rawlins. Set in Los Angeles in 1948, this novel takes all the tropes and conventions that Hammett and Chandler coined and exposes their limits, developing Rawlins as a distinct voice in search of an identity. A compelling and brilliant read.

The Snowman (2007) by Jo Nesbo. The seventh case for Norwegian sleuth Harry Hole. Someone is building snowmen, sinisterly unexplained and facing towards houses from which people disappear. And soon bodies -- or, rather, bits of bodies -- turn up. This is a fast-paced and atmospheric novel that takes us all over Oslo and gets us fully invested in the unfortunately-named hero.

Sleep No More (2017) by PD James. A beautiful new collection of 6 short stories by the late crime queen. It's easy to scoff at the publishers for bringing these out 6 at a time, instead of in one go, and always in time for Christmas. But the books are so pretty one can almost forgive them. James was not a great short story writer, and if you read anthologies, you have probably come across some or all of these before. Of note is 'The Murder of Santa Claus', narrated by a hack crime writer who explains that he is 'no H.R.F. Keating, no Dick Francis, not even a P.D. James.' Poor thing. That story is a bit of a satire on golden age crime as James perceived it, as divorced from the horrors and ethical overhauls of international war. I've never agreed with James's hot takes, but she expressed them in a relatively entertaining manner.
Posted by A Sign of the Crimes at 20:17