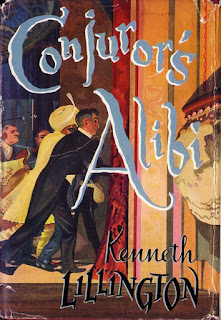 Many crime fiction fans talk about graduating from Nancy Drew to Hercule Poirot, around the age of ten or twelve. I didn’t. When I was eight, I went straight from Dahl to Christie — I’d say this was ‘like that’, with a click of the fingers, but I couldn’t click my fingers, and was one of those sad kids who clapped in all the finger-clicking activities at school.

Hardly any children’s fiction appealed to me, and one of my earliest memories is complaining to my grandparents that children’s authors, with the exception of Roald Dahl (JKR was a year off), patronised their readers something rotten. I didn’t like being patronised in literature, because that happens enough in real life when you’re young.

This is probably why Nancy Drew and Scooby Doo never did anything for me. They felt like crappy imitations of something else, sanitised and stripped of interest so as not to challenge their target audience. Who dressed up as a ghost? Who the hell cares? When I started reading murder mysteries, the whodunit format started making sense — because murder is an impetus for a puzzle, emotional investment, and inconsistent, eccentric behaviour.  So I was and remain perfectly happy to have bypassed the bulk of mysteries-for-young-readers.

However, nowadays we’re in something of a golden age of children’s and young adult literature, and much of it I love reading. There’s something wonderful about the best examples of the genre, which can pack the complexities of the human condition into a short and accessible read. I’m particularly excited when I come across anything about gender and sexuality for young readers, or any actual murder stories, of which there are, now, many.

But the subject of today’s post was written nearly sixty years ago. Conjuror’s Alibi (1960) is part of a series of murder mysteries for children, written by Kenneth Lillington and featuring his schoolboy detective, known as Soapy. Three things drew me to this book in that marvellous Oxfam in Cambridge: 1) the cover art by George Adamson, 2) the fabulously low price, and 3) the fact that it’s a proper murder mystery with all the hallmarks of a golden age novel, but specifically geared towards children.

Certainly, if we replaced the child-narrator, John, with a country doctor, and the band of school children with two or three adults, and excised some of the more look-we’re-learning moments (‘I work for the Paris Surete — that’s the CID of France’), it could actually be an adult crime novel.

The investigation starts when John, with his friend Soapy and some other friends who just provide decoration and open up the possibility of female readership — Sally, Helen, and Phil — are a the theatre, watching a magic show. The magician, Prince Khalid, asks for a volunteer, and the local MP goes up on stage. In the course of a trick, the MP apparently has a heart attack and, by the time he has been given medical attention, a knife has found its way into his heart.

The police are baffled and they seem happy to call the whole thing a tragic accident(!), so it’s up to Soapy and co to get to the bottom of things. They know they’re on the right track when their new slightly older friend, Arthur French (who can’t speak French — a joke that is done to death) is kidnapped. Oh, and then there’s another murder, and then somebody tries to blow everyone up in what I can only imagine is a very roomy car. Before long, the children uncover an international conspiracy and there is a thrilling showdown when Arthur French enters the network in disguise and wearing a wire.

Conjuror’s Alibi rattles through the cliches with a refreshingly self-conscious air — it’s as if this book is preparing readers for the playfulness of the adult genre at its best. There are identical twins whose circus act might have some bearing on the crime (‘doubles are in fashion in crime circles this season’), conscientious sciency bits (‘“Mysterious dope that leaves no trace?” muttered Soapy. “No, it won’t do. Can’t get round it that way”’), and regular denigrations of police officers as ‘stupid’ and cumbersome, more concerned with being seen to do ‘real Sherlock Holmes stuff’ with their magnifying glasses and callipers than with thinking any of the problems through.

John, the narrator, is a fairly blank slate, but Soapy is well-characterised: immodest, verging on arrogant, vain, know-it-all-ish, and obviously gay, he acts like he’s middle-aged. He is the friend that John admires so much and so mysteriously that it never occurs to dislike him. At the end of the novel, when the heroes pop off to school, it becomes clear that Soapy thrives under the attention of others, when he has a mystery to solve. He grows board and peevish, and the closes the narrative in the middle of an explanation of his own cleverness that no one really asked for.

Soapy isn’t the only one who talks like an older man: everyone is ‘frightful’ this and ‘chap’ that, and ‘it was all rather amazing’ the other. Everything is very insouciant and very glib. Take this exchange, for example:

‘Phil’, said Soapy, ‘do the chaps at your school normally carry guns?

Phil smiled. ‘[…] Arthur could have got the gun from his father’s room or something. Wherever, he got it from,’ added Phil, with unusual feeling, ‘I take a dim view of his taking a potshot at me with it. I don’t think I deserved that.’

‘Perhaps he was shooting at the policeman, dear,’ said Mrs Dawson, trying — rather foolishly, I’m afraid — to sound consoling.

The adults are all rather stupid in this book — including the criminals — but I think that Illington’s way of showing it is rather subtle and classy.  He doesn’t just throw in those twee one liners that so many children’s authors do, about grown-ups not understanding.

Also, in the best generic tradition, the children (even, briefly, the girls, who don’t really do much), find that their low social standing can work to their advantage in the field of detection. At one point, trying to find a motive for the MP’s murder, Sally is able to just step into the party’s HQ, ‘smile sweetly’, and say she’s ‘studying the British Constitution at school’ in order to get access to all kinds of materials that would never be shown to adults. The children also find that, because they don’t understand or care about politics, they can focus on the mechanics of the crime rather than getting emotionally invested, as an investigating sergeant does:

It did not take us long to realise that the sergeant was not of the same political opinion as [the murdered] Madison-Wayne. He began talking to us on Madison-Wayne’s views; and, once started on the subject, he was difficult to stop. […] We did not, however, much want to stop him. [From an illustration of the deceased’s greed, we discovered] a lot about how the M.P. found out about the diamond-smuggling in Amberstone […]

If I’d read this as an eight year-old, I would have loved it, and would have wished that I too had a circle of like-minded friends. Of course, the whole thing is very much of its time, although the only thing that wouldn’t go down well today is the presentation of the Indian prince. It’s not exactly racist but the language is archaic and, and one point, a character uses black-face in a disguise. There is a whiff of the oriental menace. But if anyone saw fit to re-issue these books, such things would be easy to edit.

That’s not to say I think Conjuror’s Alibi should be reissued. It wouldn’t be a success, but it was enough to pique my interest and I’m certainly glad I read it. An interesting curiosity.