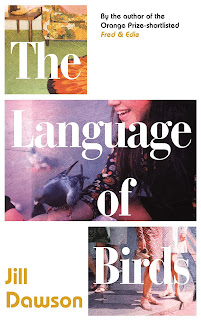 Maigret and the Reluctant Witnesses (1959) by Georges Simenon. This entertaining short novel sees Maigret two years from retirement and pitted against a young proactive and self-important magistrate. The plot is not particularly interesting, but the sheer vitriol directed towards the magistrate and the generational shift he represents makes Maigret and the Reluctant Witnesses well worth a read. There is also a nice insight into Maigret’s investigative techniques, as he persuades a very close-lipped family to talk simply by ‘bombarding them with questions’. My edition translated by Daphne Woodward.

City of Gold and Shadows (1973) by Ellis Peters. I really can’t get into Ellis Peters. I like some of her short stories, and after realising that the only novels of hers I’d tried to read were Cadfaels, I thought I’d have ago at a different one. City of Gold and Shadows has an irresistible set up, especially to a fan of Agatha Christie. Charlotte, whose archaeologist great-uncle has disappeared, sets out to an excavation site in Wales to find out what happened. When she stumbles upon a murder mystery with its roots in the Roman empire, she kind of gets out of the way so a male police inspector can magically turn up and investigate it. The mystery aspect is confident enough. The dialogue and thematic considerations are boring.

Dead Beat (1992) by Val McDermid. The first Kate Brannigan novel is an easy read and interesting mainly for showing how McDermid has evolved as a writer. Here, she wears her influences on her sleeve, and the book feels like an Agatha Christie story retold by a young Sara Paretsky. Brannigan goes looking for a missing song-writer and ends up in the seedier parts of both Leeds and the music industry. The format, though, is more conventional whodunit than gritty noir. It is an interesting midway point between the light and breezy (but morally assertive) Report for Murder, which I reviewed earlier this year, and McDermid’s contemporary thrillers, which are urgent and powerful but conservative enough to sit comfortably in the mainstream.

The Anarchists’ Club (2019) by Alex Reeve. Recently, I joined an online book club called Pigeonhole. It’s a really nice idea: you get new books in daily chunks (they call them ‘staves’, not entirely ‘getting’ why Dickens called instalments of A Christmas Carol the same thing) and can discuss them with other readers in comments on the margins. The first book I completed through Pigeonhole was The Anarchists’ Club. And I was very happy to be introduced to this novel, the detective Leo Stanhope, and the author Alex Reeve. The book is set in Victorian London and the really original aspect is that Leo, our hero, is transgender. It’s always shocked me that there aren’t any mainstream trans detectives and I was so happy to see the issue handled so sensitively, even if it is in a slightly glossed neo-Victorian setting. I didn’t enjoy this as much as I should have, because I was spoilt by reading an excellent novel on Pigeonhole at the same time, and I kept comparing them, which wasn’t constructive. I also hadn’t realised when I started that this was the second in a series, but all the key plot points from the first book were nicely explained, so that wasn’t really a barrier.  The real frustration for me — and sorry if this sounds awful — was the comments from other readers! People just can’t get their head round pronouns; it’s remarkable how much Leo’s struggles for basic life continue beyond the page. Leo is trying to keep a low profile and just get by, but he keeps stepping into the limelight by accident. This time, it’s because a woman is murdered and he is the only one who seems to care about looking after her fatherless children. The story is atmospheric and gripping, taking us from the low alleys of London to aristocratic country seats, via the music hall and a couple of meetings with Vesta Tilley. The topic of eugenics is dealt with intelligently and accessibly. I’m glad that Alex Reeve is writing.

The Language of Birds (2019) by Jill Dawson. Jill Dawson is one of the masters of literary genre fiction. She knows better than anyone else how to find an episode of history full of transcontextual human interest and to weave literary magic out of it. Her novel Wild Boy, about Victor of Aveyron, was the second novel I studied at university and every now and then I get fascinated in a subject — the Thompson-Bywaters case, Patricia Highsmith’s time in England — only to discover that Dawson has written an excellent novel about it. Her latest book is about the untold story of the nanny murdered by Lord Lucan, although the story uses fictional characters and settings to tell the tale. I wondered if this was because there are people — innocent, hurt people — who survived the scandal and are still living. According to the author’s afterword, which tells the true story explicitly, that is indeed the case. Nonetheless, the dialogue in the inquest scene is taken verbatim. The whole story is touching, expertly-written, and unsettling. In many ways, given that the Lord Lucan story is so well-known, reading it felt like re-reading a mystery novel: we already know the solution and how it ends, but we are spotting this we missed the first time. This is evident both in ‘clues’, for want of a better word: the nanny and the lady of the house look so similar, we keep getting told … But it’s also a masterful exercise in refocussing our attention onto a figure who is too often consigned in history to the rank of collateral damage.
Posted by A Sign of the Crimes at 18:20