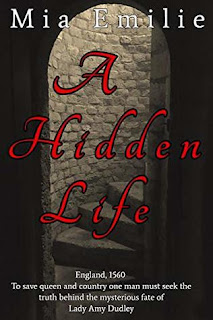 A Ladder to the Sky (2018) by John Boyne. I feel awkward liking a novel by John Boyne, given that he’s the author of The Boy in the Striped Pyjamas. But A Ladder to the Sky is, quite simply, really, really good. It’s less a novel than a fable for our times. Given some of the hooh-hah in the press about plagiarism in crime fiction and romantic fiction at the moment, its publication in paperback is timely. A beautiful young man with no conscience uses his charms to get a former child-Nazi’s story, which he publishes. He struggles to write a decent second book, so ends up killing people (people who are, noticeably, not straight white men) and stealing their stories. Even after everything’s come out, he’s able to carry on exactly as before and becomes known as a great novelist.

The Chalk Man (2018) by C.J. Tudor. Tudor’s second novel is out now so I wanted to read her debut. It baffles and confuses me that the praise quote being used by publishers is from the Daily Mail, describing the author as ‘Britain’s female Stephen King’. The Chalk Man, narrated by a bloke, is in no way a gendered story and certainly not a ‘female’ one (any more than, in my opinion, Stephen King’s work is ‘male’ in tone). It just seems odd to mention the author’s sex at all. A much better piece of praise comes from King himself: ‘If you like my stuff, you’ll love this.’ Anyway, the novel itself is a great, escapist read. It’s not revolutionary and I don’t think it will change your life, but it’s a good, atmospheric, creepy read.

A Hidden Life (2019) by Mia Emilie. Mia Emilie’s debut is a great read for fans of historical mysteries, blending fact and fiction alongside science and superstition.  The story concerns the murder of Amy Dudley in 1560. Sam Banks, a former spy and death doctor, is asked to look into it. But he starts to suspect he’s been charged with covering something up, and that the web leads all the way to Queen Elizabeth.

The Silent Patient (2019) by Alex Michaelides. This debut has been massively hyped and has met with universal adulation. So, guess who didn’t think it was all that great… A psychotherapist sets out to find the truth from an artist who murdered her husband and will not speak. The whole book feels to me like a sixth former decided to rewrite Atwood’s Alias Grace, the first steps being to get rid of that pesky historical backdrop and to remedy the lack of a plot twist. It just doesn’t work. And the insights into psychoanalysis are inconsistent, outdated truisms. I’d bet good money that the author has no professional experience of that field. Sadly, I can’t recommend this book.

The Suspect (2019) by Fiona Barton. Fiona Barton is on top form in her third psychological thriller. The Suspect has it all. Kate Waters, investigative journalist, is back, and this time she has the first person ‘slot’ because she is the woman at the heart of the story (Barton, like Sophie Hannah, writes the investigation in the third person and the psychological heart in the first person). Kate’s son Jake is a major suspect in the deaths of two British tourists in Thailand. In this case, the plot is labyrinthine and sophisticated. Barton’s writing style has also evolved (no more ‘Bob said’ or ‘Kate said’ breaking up every piece of dialogue) and it’s nice to see Jean Taylor, the narrator of The Widow, make a reappearance.
Posted by A Sign of the Crimes at 14:38