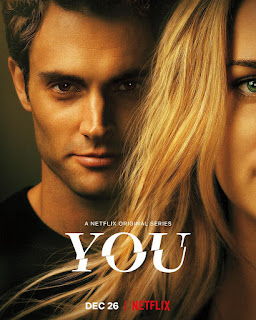 Today’s mini-reviews, the twenty-fifth set brining the total number of this pithy summaries to 100, are all television productions!

Case Closed (YTV, 1996-present). Also known as Detective Conan and based on the manga series of the same name, this is a fun, long-running murder mystery anime with a ragged bunch of child detectives and plenty of allusions to Golden Age detective fiction. If you like anime or classic crime, if you’re a child or an adult, Case Closed is worth a watch.

How to Get Away with Murder (ABC, 2014-present). Overblown, preposterous, and compulsively watchable series about illogically sexy postgraduate law student and their intense relationships with barrister-cum-law professor Annalise Keating (played by Viola Davies, who singlehandedly elevates the programme from utter rubbish to must-see television).

You Get Me (Netflix, 2017). Frothy, silly teen psychological thriller from Netflix. You Get Me owes a great deal of its plot to Swimfan (2002) following a young couple whose relationship descends into bloodshed with the arrival of an obsessive Other Woman. Interestingly, I recently read an upcoming novel by a bestseller (not to be reviewed on this blog), which routinely rips off this rip-off TV film. Half the cast are Youtubers, which should tell you enough.

You (Netflix, 2018). Engrossing ten-part Netflix adaptation of the novel by Caroline Kepnes, charting a bookseller’s obsession with a young writer, as it descends through social media stalking into very dark places.

Agatha and the Truth of Murder (Channel 5, 2018). In my December post, I mentioned that I thought this drama was not terrible and some of my friends let me know that I was wrong. But I stand by what I said: while the budget is clearly not great, Tom Dalton’s script mishmashes real events in a bizarre way, and Ruth Bradley’s performance as Christie is underwhelming, I thought the whole thing was fine. Agatha Christie as detective — especially in those missing days in 1926 — has been done to death, and this Channel 5 drama doesn’t offer anything particularly new. But it’s relatively inoffensive, and the plot is structured along the lines of an Agatha Christie novel of the period. That is a first for one of these projects, and makes it worth watching. Bradley has indicated that she might reprise the role. With Andrew Wilson’s series along similar lines expecting a TV home soon, that would be interesting.