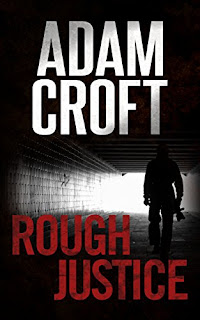 Northanger Abbey (1817) by Jane Austen. Arguably the first metatextual detective novel, Austen’s witty satire is ostensibly a romance story centred on the young, headstrong Catherine Morland, whose ‘unimproving’ appetite for gothic adventure novels (specifically Udolpho) leads her to view her suitor’s family with intense and amusing suspicion. Most of the ingredients of playful twentieth century crime fiction are pre-empted here, and I’d hold Northanger Abbey, rather than Emma, up as Austen’s work-of-greatest-influence on the mystery genre. Remarkably, it was also her first completed novel, although it was published after her death.

Grey Mask (1928) by Patricia Wentworth. A super-fun mystery introducing the elderly spinster PI Maud Silver, although she barely appears in this one. The plot is beautifully far-fetched and entertainingly told, centring around  troubled bright young things stumbling onto a conspiracy of masked men and women who are trying to manipulate inheritance law. Not for the last time, Wentworth manages to pre-empt Agatha Christie’s next plot (in this case, that of 1929’s The Seven Dials Mystery) remarkably.

Rough Justice (2016) by Adam Croft. This short novel is fast-paced with enough hooks and pithy cynicism to keep you hooked. It will appeal to fans of modern crime thrillers without alienating traditionalists who value engaging plots.

The Bible in Crime Fiction and Drama: Murderous Texts (2019) edited by Caroline Blythe and Alison Jack. I’m thrilled and humbled to have a chapter on Agatha Christie’s later fiction in this stunning volume from T&T Clark. Considering the little-discussed but widely-acknowledged links between crime fiction and the Bible, Blythe’s and Jack’s edited collection features a whole range of essays from across biblical and literary studies. An essential volume for anyone interested in the interplay between popular fiction and religion.
Posted by A Sign of the Crimes at 19:03