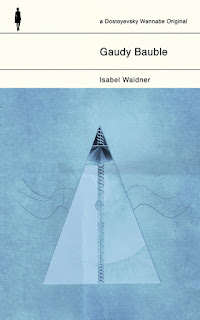 Each of these texts is one I wanted to devote a whole post to, but, unfortunately, time and energy are not on my side.

On Her Majesty's Secret Service (1963) by Ian Fleming. Probably the most palatable of the James Bond novels, but that's not saying much. The second in the Blofield trilogy, this has some genuinely exciting moments and excellent location-building but the whole vibe of these books is something I can't get behind.

'Old Boys, Old Girls' (2004) by Edward P. Jones. A short story published in The New Yorker, this is everything twenty-first century crime fiction should be. Powerful and evocative, it voices a perspective that mainstream - white - American fiction cannot emulate.

Gaudy Bauble (2017) by Isabel Waidner. I am obsessed with this avant-garde queer crime novella, published by Dostoyevsky Wannabe. Nothing is defined in Socialist Britain in the year 201x: people, objects, events, and language all merge and blend and interact. In its extraordinary humour, the text reveals how far identity politics and crime fiction have yet to come.

Six Degrees of Assassination (2017) by M.J. Arlidge. This is a six-part political crime drama with an all-star cast, available for free on Audible. Arlidge's script is cliche-ridden but slick enough. The performances suffer from Extremely-Talented-Actors-Reading-A-Script-For-The-First-Time Syndrome.
Posted by A Sign of the Crimes at 00:02