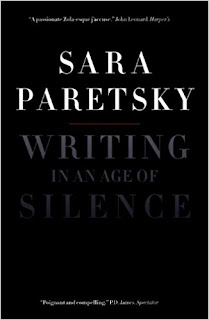 Israel Rank: The Autobiography of a Criminal (1907) by Roy Horniman. The inspiration for Kind Hearts and Coronets (one of the greatest films ever made) which inspired A Gentleman's Guide to Love and Murder (one of the greatest musicals ever made), Israel Rank has a very different tone. I had heard that the book was anti-semitic, which is why I hadn't read it before, but the impression I got was that it exposes and pillories anti-semitism in Edwardian Britain. The 'wit' hasn't all travelled well, but it's better than I expected.

A Murder is Announced (1956, Goodyear Playhouse). Miss Marple's first ever screen outing! Here she is played by an unrepentantly-accented Gracie Fields, and the young Roger Moore makes an early appearance showcasing all the woodenness for which he would become famous. This is an adaptation of a relatively complex novel featuring three murders, and the whole thing runs for one hour including commercials. It shouldn't work, but is surprisingly enjoyable. A Murder is Announced is hard to view, but well worth it if you get a chance.

The Murder Wall (2012) by Mari Hannah. Hannah's debut thriller introduces DCI Kate Daniels, who is remarkable as one of the first high-profile lesbian detectives in fiction. However, Hannah has stated several times that the character's sexuality was never really supposed to be an issue. It is a gripping, intense read from the opening graphic rape scene right up to the end. Although some of the writing irks -- Detached exclamations! Exclamation marks! -- the handling of sensitive issues is chillingly effective.

Writing in an Age of Silence (2007) by Sara Paretsky. A powerful memoir from the creator of V.I. Warshawski. Paretsky explores her political and literary influences. I first read it before I'd read any of Paretsky's fiction and thoroughly enjoyed it then; revisiting, it's even more rewarding.

Mine (2018) by Susi Fox. Another debut thriller, this time by an Australian medical professional. Mine tells the story of a new mother who becomes convinced that her baby is not her baby. It is an extremely readable novel, although I found the conclusion unsettling.
Posted by A Sign of the Crimes at 10:04