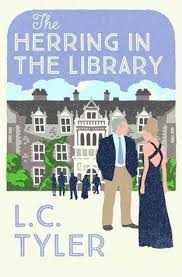 The Return of Sherlock Holmes (1905) by Arthur Conan Doyle. I’m currently rereading the original Holmes canon in order – just for fun – and one thing I’m noticing is the sheer number of stories Agatha Christie ripped off! I would bet money that she had this volume open when she started work on The Murder on the Links; key plot devices are lifted directly from ‘The Adventure of the Abbey Grange’ and ‘The Adventure of the Second Stain’. While the stories in this collection are not generally considered among the best, some – ‘The Six Napoleons’ and ‘The Dancing Men’ are rightful classics. ‘The Abbey Grange’ also contains a piece of dialogue that should be, but for some reason isn’t, widely quoted, from Holmes himself: ‘Once or twice in my career I feel that I have done more real harm by my discovery of the criminal than ever he had done by his crime. I have learned caution now, and I had rather play tricks with the law of England than with my own conscience. Let us know a little more before we act.’

Code to Zero (2000) by Ken Follett. A thriller set in 1958, in which a man wakes up with no memories of who he is. The book is set around the space race between America and Russia, and evokes the Cold War thrillers of the subsequent decade. There is a conspiracy, of course, and the CIA is involved. This is one of those books in which the author has done lots of technical and historical research, and is keen to show you the fruits of his labour. To that extent, there’s an uneven tone. But for the most part, it’s a straightforward blokey thriller.

The Herring in the Library (2010) by L.C. Tyler. A fun, cosy comedy mystery with the emphasis more on the comedy than the mystery. The narrators are Ethelred Tressider, a self-professed ‘third-rate crime writer’ and his outspoken literary agent, Elsie Thirkettle. An old acquaintance invites them to his country home, and, on the night, he ends up dead. Gentle metafiction, stock characters and tropes, and Cluedo references galore. I’d be shocked if any reader failed to solve the mystery two-hundred pages before the detectives, but it’s a light and easy read.

Tricky Twenty-Two (2015) by Janet Evanovich. My first and last brush with Janet Evanovich and her ‘sassy, kick-ass’ bounty hunter detective, Stephanie Plum. I always knew these books appealed to teenage girls, but I didn’t expect them to have been written as if by one. The only possible reason to read this book is if you like cringing. Among other sins, it is responsible for the absolute worst metaphor I have ever come across: an unsavoury relative is described as ‘the pimple on the backside of my family tree.’ After reading Tricky Twenty-Two, I turned to an Artemis Fowl novel, which felt significantly more worldly and sophisticated.